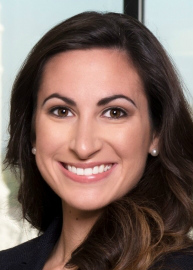 Never before have college sports been more enticing, more competitive, or more lucrative.[1] Big-time college athletic departments have seen explosive revenues over the last decade, thanks in part to skyrocketing endorsement and licensing deals, massive television contracts, and the deep pockets of big-spending boosters. As profits soar, the conversation surrounding compensation for student-athletes, the central “product” of college athletics, is heating up. On one end of the spectrum lies the National Collegiate Athletic Association (“NCAA”), which has stressed that any compensation for an athlete’s name, image, and likeness (“NIL”) obliterates amateurism completely. But on the other end of that same spectrum, current and former players, and even some fans, argue that the NCAA and member institutions are making huge profits from these players, and the failure to compensate the players is effectively exploitation. The O’Bannon[2] decision first introduced the notion of establishing funds in a trust to be paid to student-athletes upon graduation. Although aspects of that decision have since been overturned, a few entrepreneurial fans held on to the idea of trust funds and decided that crowdfunding[3] those trusts was a way to get everyone involved in the recruitment game.

Last September, a Ninth Circuit three-judge panel affirmed plaintiff Ed O’Bannon’s argument that various NCAA regulations violate federal antitrust laws.[4] However, that affirmation was limited by the court’s finding that member schools only need to provide student-athletes with the full cost of attendance.[5] The court’s holding overruled a portion of the lower court’s decision that permitted member institutions to place up to $5,000 a year into a trust account in certain players’ names as compensation for the use of those players’ names, images, and likenesses.[6] Writing for a three-judge panel, Judge Jay Bybee expressed concern that “offering [student-athletes] cash sums untethered to educational expenses”[7]—such as $5,000 a year for NIL rights—would transform NCAA sports into “minor league status.”[8]

Proponents of a student-athlete compensation model, however, wholeheartedly disagree. Advocates insist that the continued failure to compensate student-athletes for the use of their name, image, and likeness is essentially exploitation.[9] For these advocates, providing up to the full cost of attendance—the new permissible limit after O’Bannon—is drastically less than what the athletes deserve.[10]

To Rob Morgan, a Clemson business school graduate, soliciting and holding funds in a dedicated trust seemed like one possible solution to the student-athlete compensation problem.[11] His newly minted site, UBooster.org, solicits donations from fans with the goal of delivering the money to athletes upon high-school graduation or upon the completion of their NCAA eligibility.[12] In his own words, “Judge Wilken had the right idea in establishing a trust fund and our model provides the ideal mechanism for doing so.”[13] According to the site instructions, fans donate to their favorite high-school students who are planning to play collegiate athletics in an effort to encourage the athlete to attend a particular college.[14] Once the high school student commits to a college, donors are no longer permitted to make contributions and the funds are held in a third-party trust until the athlete’s college graduation. Because funds are never channeled through member institutions and there is no direct contact between the website and the athletes or schools, Morgan believes his site is fully permitted by existing NCAA guidelines.[15]

According to Morgan, these funds accomplish three goals: (1) ease the uncertainty for some athletic departments under legal and public pressure to do more for athletes; (2) provide a “nest egg” for players to start their lives after college; and (3) offer fans a direct role in recruiting.[16] But the NCAA has consistently fought these crowdfunding models, arguing that payment in any form eradicates amateurism – the foundational tenet of collegiate sports.

​With a number of new guidelines, the NCAA recently attempted to clarify its position on crowdfunding efforts as they relate to prospective student-athletes, the class of athletes targeted by UBooster.org.[17] The guidelines, in the form of an educational column, define crowdfunding as “the practice of funding a project or venture by raising monetary contributions from a large number of people, typically via the Internet.”[18] Specifically, they prohibit institutions and their representatives from “financing, arranging or using recruiting aids designed to publicize the institution’s interest in a particular prospective student-athlete.”[19] For purposes of this rule, all individuals who make donations to an institution’s athletics program are considered representatives. Stated simply, if an individual donates funds to an institution’s athletics program, they are considered a representative of that institution. As a representative of the institution, these individuals are not then permitted to finance, arrange, or use recruiting aids that publicize the institution’s interest in the athlete. The NCAA has stated that permitting donations in this manner would violate the spirit of the legislation by unduly influencing the recruiting decisions of prospective athletes.[20]

Because donations on UBooster.org are made by private donors in the name of their chosen schools, it could be argued that donors are effectively publicizing the institution’s interest in a particular athlete and thus violating existing NCAA regulations. But in actuality, these types of crowdfunding sites fall somewhere in the grey area. Although the NCAA guidelines explicitly state that prospective athletes are not permitted to receive any “preferential treatment, benefits or services of any kind” based on their athletic reputation or skill, there is no provision specifically addressing the permissibility of benefits that would not be received until the athlete’s NCAA eligibility has expired.[21]

Violations of NCAA regulations can have far-reaching consequences for both athletes and member institutions, but boosters remain relatively untouched, even if they are the source of the infraction. For instance, if crowdfunding were conducted in the name of a particular student athlete in violation of NCAA guidelines, it could result in the termination of the student’s NCAA athletic eligibility. For member institutions, it could mean sanctions as serious as reduced scholarships, restrictions on post-season competition, or worse. To protect both athletes and member institutions, it is in the NCAA’s best interest to close this loophole and prevent sites like UBooster.org from operating. The stated purpose of these sites is to allow fans and boosters to actively participate in the recruitment process, a mission statement that is in direct contradiction to the spirit of NCAA regulations. To combat this exercise of undue influence, the NCAA should adopt legislation for prospective student-athletes that mirrors the language of the current student-athlete regulations. Such an addition would explicitly prohibit crowdfunding entities from independently soliciting funds and promising them to prospective or current student-athletes upon graduation or the exhaustion of their athletic eligibility.

[3] Crowdfunding is colloquially defined as the practice of funding a project or venture by raising money from a large number of people, typically via the Internet. Issues Related to Crowdfunding, NCAA, https://web1.ncaa.org/LSDBi/exec/edColumnDisplay?edColumnDisplaySubmit=Display&multiple=24139&division=1 [https://perma.cc/495A-GTYP] (last updated Oct. 22, 2015).