The general purpose of the Telephone Consumer Protection Act (the TCPA), enacted in 1991, is to restrict telephone solicitations (i.e., telemarketing) and the use of automated telephone equipment. Among other things, the TCPA limits the use of automatic dialing systems, artificial or prerecorded voice messages, SMS text messages, and faxes and expressly specifies the conditions under which a company can contact a potential customer by fax or through a call or text to their cell phone, to promote or advertise the availability of the company’s goods or services. Companies that send commercial advertisements to individuals that have not provided express written consent to receive these types of advertisements can be charged with damages of $500 - $1500 per violation. Absent consent, there are few, if any, available defenses so mass email campaigns can often result in class action suits seeking millions of dollars from the company responsible for sending the advertisements. For this reason, class action suits under the TCPA have become one of the most explosive growth areas for litigation, and currently ranks as one of the three most common types of class action litigation in the United States.

The broad intent of the TCPA was to provide a mechanism for people to avoid incurring additional phone charges related to unsolicited marketing calls, faxes or text messages. Individuals interested in receiving promotions or advertisements from specific companies could provide their contact info and consent to receiving future advertisements from the company or they could instead choose to register their number with the National Do Not Call Registry to avoid marketing calls.

More recently, many companies have switched to marketing their goods and services through ringless voicemail, a newer technology that allows companies to send voicemails to promote their goods or services without ever actually calling or causing the recipient’s cell phone to ring. Instead, the recipient simply receives a notice indicating that he or she has a voicemail. For some time, many have argued that ringless voice mail is not governed or regulated under the TCPA since a “call” is never actually made to the consumer’s cell phone. This view has led to an increased reliance upon ringless voicemail to reach customers and potential customers.

Most attorneys that practice in this area have been waiting to see how the courts would respond to this technology and a federal court in Michigan has now provided the first ruling on this issue, holding that ringless voicemail is regulated under the TCPA. In so doing, the court in Saunders v. Dyck O'Neal, Inc., 1:17-CV-335, 2018 WL 3453967, at *2–4 (W.D. Mich. July 16, 2018) explained:

[T]his is a case of first impression. The parties dispute whether Dyck O'Neal's direct-to-voicemail messages — by VoApp — qualify as a “call” under § 227(b)(1)(A)(iii) of the TCPA. If the messages are a “call,” then Dyck O'Neal's motion must be denied as a matter of law — and vice versa.

The court ultimately concluded that the defendant’s “direct-to-voicemail messages are a ‘call’ under the TCPA,” and to hold otherwise, “would elevate form over substance, thwart Congressional intent that evolving technologies not deprive mobile consumers of the TCPA’s protections, and potentially open a floodgate of unwanted [voicemail] messages to wireless consumers.”​

In reaching its decision, the court relied upon prior TCPA rulings that addressed similar technological advancements that were held to fall under the TCPA, specifically noting: (i) courts have consistently held that voicemail messages are subject to the same TCPA restrictions as traditional calls; (ii) unanswered calls are subject to TCPA regulations just as answered calls are; (iii) text messages to a cellular telephone qualify as a “call” under the TCPA; and (iv) the statutory purpose of the TCPA is to protect the privacy interests of individuals from the nuisance and invasion of privacy caused by automated telephone calls, therefore  voice messages and text messages are indistinguishable in terms of being an invasion of privacy.

While the defendant in the Saunders case was careful to stress that it did not dial the plaintiff’s cellular telephone number, but instead merely deposited a voicemail message directly on an independent voicemail service using patented technology, without ever placing a call to the plaintiff’s cell phone. In response, the court rejected this argument, stating:

[D]yck O'Neal’s use of direct to voicemail technology is a “call” and falls within the purview of the TCPA. As a remedial statute, the Court construes the TCPA broadly in favor of Saunders. The statute itself casts a broad net — it regulates any call, and a “call” includes communication, or an attempt to communicate, via telephone. Both the FCC and the courts have recognized that the scope of the TCPA naturally evolves in parallel with telecommunications technology as it evolves, e.g., with the advent of text messages and email-to-text messages or, as we have here, new technology to get into a consumer's voicemail box directly. The TCPA was enacted in 1991; the equivalent act at that time could be considered a party recording a message directly on an answering machine's cassette tape without ever calling the number—an infeasible technological feat absent physical access to a consumer's answering machine.

Saunders received the notifications of Dyck O'Neal’s voicemails on her phone. She listened to the voicemails on her phone. Voicemails are intrinsically tied to cellular phones. By leaving a voicemail directly in the server space associated with Saunders' phone, Dyck O'Neal was attempting to communicate with Saunders via her phone — which is the definition applied to the TCPA's use of “call.” Further, Dyck O'Neal's automated message instructed Saunders to call them at a specific phone number — inviting additional communication over the telephone.

The effect on Saunders is the same whether her phone rang with a call before the voicemail is left, or whether the voicemail is left directly in her voicemail box, i.e., Saunders receives a notification on her phone that she has a new voicemail. The effect on Saunders is also the same in receiving a text message — which would fall under the TCPA — each time, she received a notification on her phone that she had a new message, and had to take steps to review or delete the message. In fact, voicemails are arguably more of a nuisance to consumers than text messages. To limit the TCPA to instances where Dyck O'Neal specifically dialed Saunders' phone number and then reached her voicemail, and exclude Dyck O'Neal's back door into Saunders' voicemail box, would be an absurd result. The TCPA was created to limit the harassment and nuisance that automated calls and messages place on consumers — which is precisely what Saunders alleges Dyck O'Neal has done. Dyck O'Neal cannot skirt the statute with VoApp’s new technology.

This is only one district court’s opinion and other state and federal courts are free to follow it or disagree. The applicable appellate court may also eventually reverse this court’s finding. However, this court’s opinion does provide the initial groundwork for the relevant factors and legal analysis that other courts may follow in future cases. Federal courts in Louisiana and other states are not bound or required to follow this court’s ruling, but they may find it persuasive in reaching similar results.

In a day and age where individual YouTubers are paid millions of dollars to market products and services to their followers, the presumed value of marketing apparently cannot be overstated. As new media develops and marketing agencies develop new technologies to reach potential consumers, the TCPA will continue to be tested for its adaptability and flexibility in regulating these new technologies. While it remains too early to definitively know for certain which way the courts in Louisiana or other states will go on this issue, this initial ruling is certain to catch the attention of plaintiff attorneys who are considering whether to take on new cases involving ringless voicemail.

If you have any questions regarding the legal rights and restrictions existing under the Telephone Consumer Protection Act, please feel free to contact us to discuss your concerns. 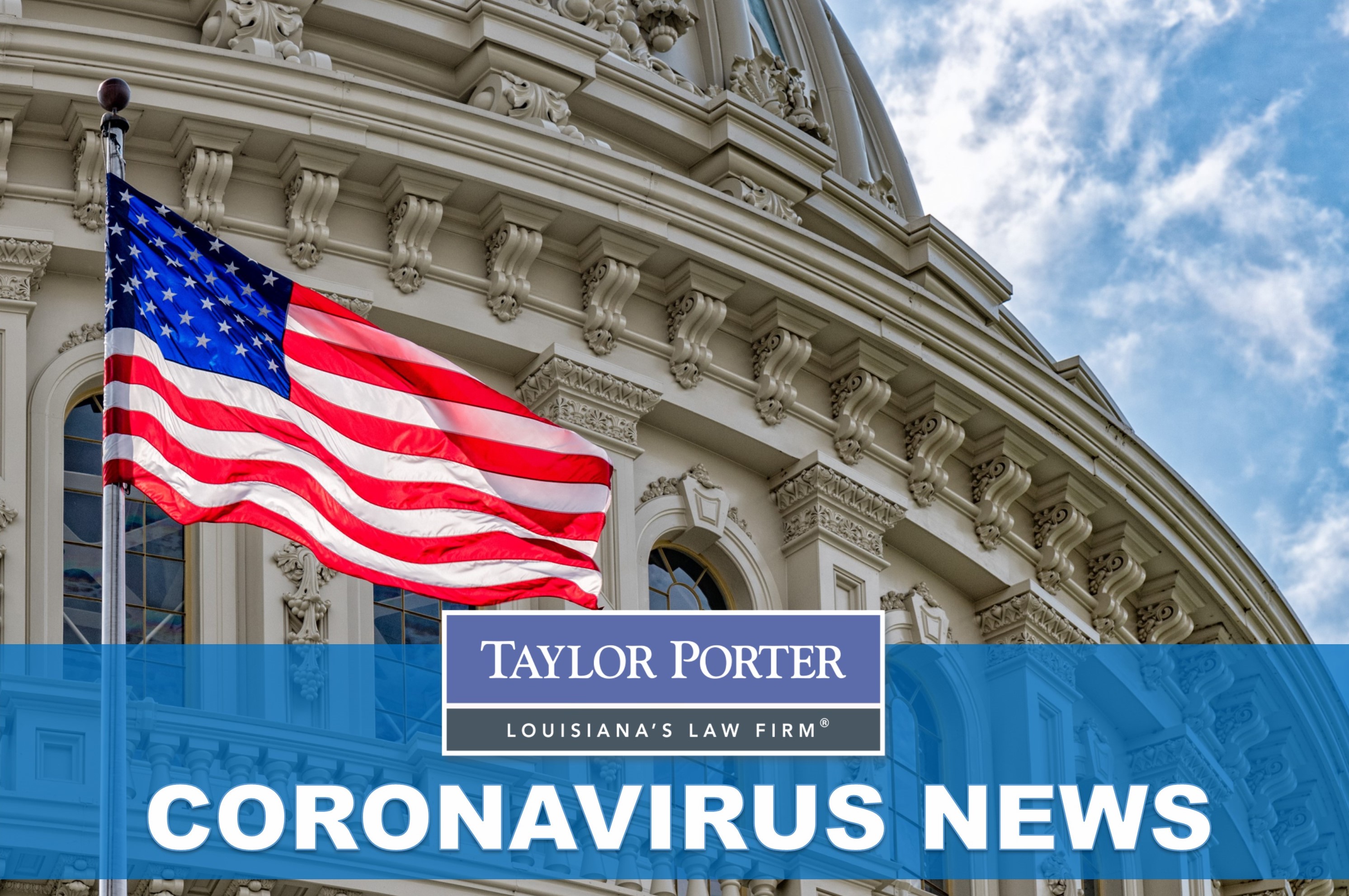