Status of Sports Gambling in Louisiana: One Year After Murphy v. NCAA

More than ever, sports gambling has come to infiltrate the way sports are discussed and experienced in our country. Where once Jimmy the Greek would predict the score of a game to subtly indicate how he would bet it, now commentators on ESPN openly discuss betting lines on games. SportsCenter with Scott Van Pelt has a regular segment on “Bad Beats” for “unlucky” gambling losses. Technology and easy access to internet based gambling sites have made sports gambling more common and easily available. Even smaller scale betting, such as NCAA Tournament pools and fantasy sports, have become mainstream. Despite this increased popularity and prevalence, sports gambling has long been illegal in the vast majority of the United States.

In 2018, however, the United States Supreme Court took the first steps in legalizing sports gambling, striking down the federal statute that prohibited states (except Nevada) from legalizing and regulating sports gambling. The result has been a hodgepodge of state and local responses from outright legalization of all sports gambling, including online gambling, to allowing existing gambling operators (e.g., casinos and horse tracks) to offer sports betting.

As background, in 1992 Congress passed the Professional and Amateur Sports Protection Act (“PASPA”). PASPA made it unlawful for any State to sponsor, operate, advertise, promote, license, or authorize by law or compact ... a lottery, sweepstakes, or other betting or gambling, or wagering scheme based on” ... competitive sporting events.[1] PASPA included a “grandfather” provision to allow for Nevada to continue its current gambling and allowed for New Jersey to legalize sports gambling within one year of the passage of the act.  New Jersey did not do so.

On May 14, 2018, the United States Supreme Court rendered its opinion in Murphy v. National Collegiate Athletic Assn., et al,[2] siding with New Jersey in finding PASPA unconstitutional. Justice Alito, writing for the majority, found that PASPA violated the “anti-commandeering” principal, under which Congress cannot “commandeer the legislative process of the States by directly compelling them to enact and enforce a federal regulatory program.”[3]  According to the Supreme Court, there is no material difference between forcing a state to enact a regulatory program and prohibiting the state from doing so.[4] Thus, by prohibiting the States from regulating sports gambling, PASPA unconstitutionally commandeered the state legislature in enforcing a federal prohibition.

Additionally, the court held that no provision of PASPA was severable from its commandeering provisions. Both a concurring opinion by Justice Thomas and the dissenting opinion by Justice Ginsberg, joined by Justices Breyer and Sotomayor, focused on the extent to which certain provisions were severable under PASPA. Justice Thomas’s concurrence questioned the entirety of the Court’s current severability doctrine. Meanwhile, Justice Ginsberg’s dissent argued that aspects of PASPA were severable. Specifically, certain provisions of the statute prohibited individuals from “sponsor[ing], operat[ing], advertis[ing], or promot[ing]” sports gambling schemes “pursuant to the law ... of a governmental entity.”[5] According to Justice Ginsberg, this prohibition on individuals could have survived without violating anti-commandeering principles.

Once the Supreme Court’s opinion was released, conventional wisdom held that sports gambling was now legal in the United States. In actuality, the Supreme Court’s opinion merely opened up the opportunity for the States to legalize, regulate, and license sports gambling. In the year since Murphy, almost every state has had a bill introduced in the legislature or a constitutional amendment proposed to legalize and regulate sports gambling. In addition to Nevada, sports betting is now legal in New Jersey, Mississippi, Delaware, West Virginia, Pennsylvania, and Rhode Island. Voters in Arkansas voted to legalize sports betting as well, though the infrastructure for regulating and licensing sports betting establishments is still in progress.

Whether or not legalized sports betting results in a windfall for state revenues is currently unclear. In New Jersey, which allows bettors to place bets from their mobile devices, the state brought in approximately $1.8 million per month between July 2018 and February 2019.[6] Meanwhile, in Mississippi, where sports bets can only be made at casinos, actual tax revenue has been approximately half of what lawmakers projected.

In the past year, Louisiana made a first overture toward the potential legalization of sports gambling. Up until 2018, Louisiana law prohibited playing fantasy sports for money. This prevented pay-to-play daily fantasy sites like DraftKings and FanDuel from offering their product to Louisiana residents. While this prohibition was not based upon the PAPSA (most states did not consider fantasy sports, including daily fantasy sports, to be sports gambling even pre-Murphy), the Murphy decision provided an impetus for the Louisiana Legislature to address this issue.

In 2018, in what was viewed as the canary in the coal mine, voters of each parish in Louisiana voted on whether or not to approve legalizing fantasy sports in their respective parishes.[7] The voters in 47 out of 64 parishes, including East Baton Rouge, West Baton Rouge, Ascension, Iberville, Pointe Coupee, East Feliciana, and West Feliciana, voted in favor of legalizing fantasy sports. Fantasy sports, including Daily Fantasy Sports online sites like DraftKings and FanDuel, will only be available in those 47 parishes. Three bills were introduced in the Louisiana Legislature to determine how the state will ultimately regulate and tax legalized fantasy sports. However that the regulation is ultimately handled, the support of legalizing fantasy sports was seen a signal that there is also public support for legalized sports gambling.

Sen. Danny Martiny – R. Metairie, introduced SB 153 during the 2019 Legislative Session.  As with the prior initiative on fantasy sports, the bill would not have legalized sports betting in Louisiana. Rather, it would have created a ballot initiative whereby voters in situs parishes for casinos and horse racing tracks could have voted to allow those already licensed entities to provide sports betting. The casinos and horse racing tracks would have been able to apply for licenses through the Louisiana Gaming Control Board. Like with fantasy sports, a tax rate and license fee would eventually be determined through subsequent legislation. The bill would not have allowed for online sports gambling in Louisiana. Specifically, the bill stated that “[e]lectronic sports wagers shall be placed in the gaming area of the riverboat, eligible facility, or official gaming establishment as determined by the board.”[8]  Additionally, the bill would not have permitted sports gambling at any facilities not already licensed as a casino or horse racing track.

However, in the 2019 Legislative Session, the Louisiana legislature failed to pass SB 153 or any bill directed to the regulation of fantasy sports in Louisiana, despite the voters of 47 parishes in favor of legalizing fantasy sports. After the Louisiana House rejected SB 153, the Senate amended the House’s bills, House Bills 459 and 600, taxing and regulating fantasy sports. After the House rejected the amended fantasy sports bills, the bills went to a conference committee, which included Martiny. Ultimately, the conference committee, with less than hour left in the legislative session, agreed to fantasy sports bills that omitted legalized sports betting. The House approved the bills, but Martiny, who has reached his term limit in the Louisiana Senate, filibustered on the Senate floor for long enough to prevent a vote on the fantasy sports bills. Explaining his decision to block a measure approved by 47 parishes just last year, Martiny stated “Unfortunately, there’s another side of this building that doesn’t play by the rules ... I don’t like the way I was treated.”[9] Thus, the Louisiana Legislature ended the 2019 Legislative Session having failed to enact any legislation on either fantasy sports or sports betting. Because tax legislation may only be introduced in odd numbered years, the Legislature cannot attempt to legalize fantasy sports in a regular session again until 2021.

[7] While even your office fantasy league was (and depending on your location, may still be) illegal, this primarily opens the door for daily fantasy sports sites such as DraftKings and Fanduel to accept users from Louisiana. 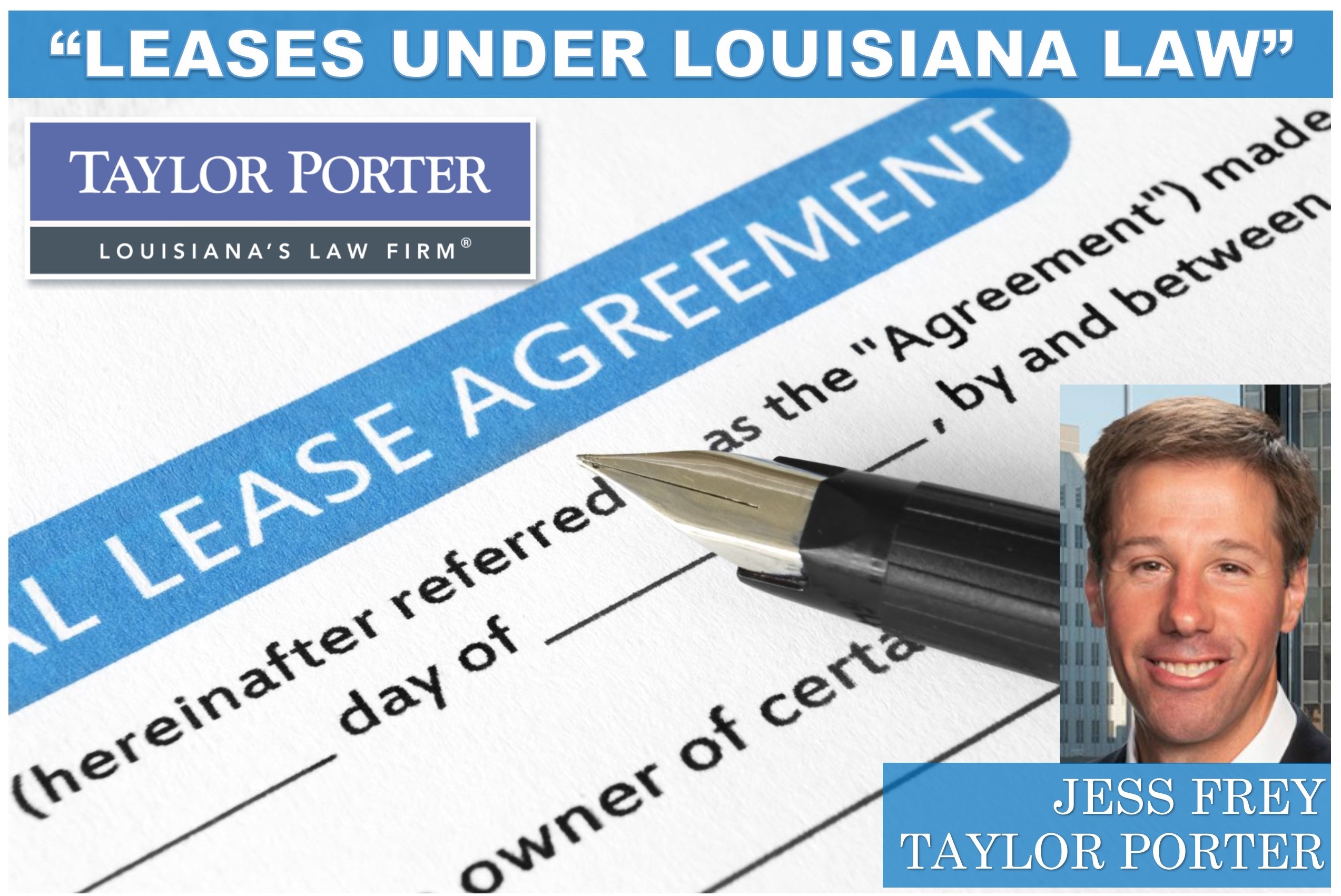 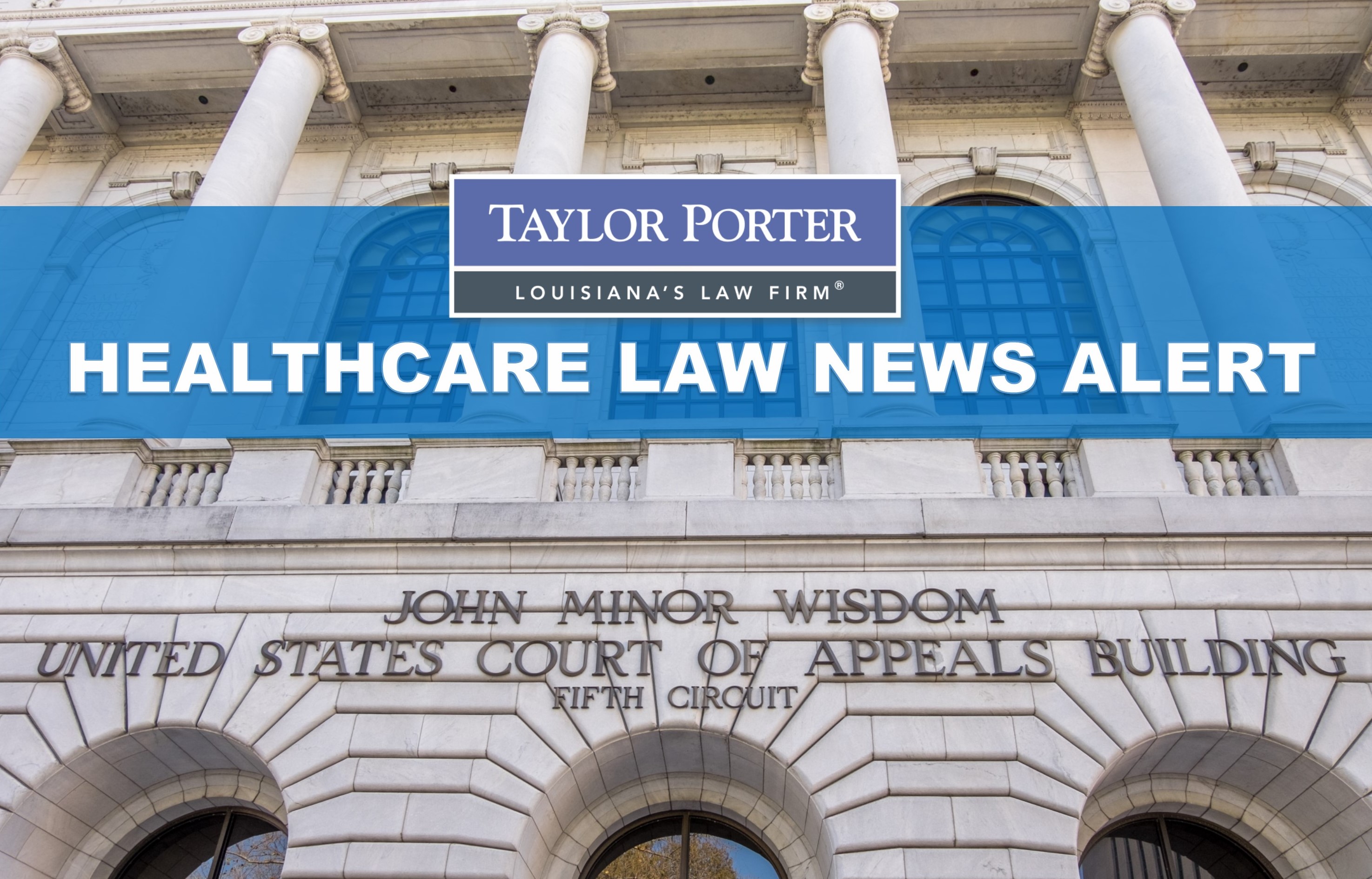