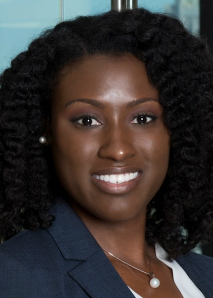 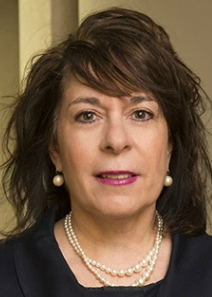 In 1986, Congress passed the Health Care Quality Improvement Act (“HCQIA”), 42 U.S.C. § 11101 et seq., in an effort to improve the quality of medical care and to prevent a physician of questionable competence from relocating without disclosing prior issues related to the physician’s competence or conduct. In furtherance of these goals, Congress created the National Practitioner Data Bank (“NPDB”), a central repository of information facilitating a comprehensive review of physicians’ professional credentials. The NPDB is a clearinghouse to collect and disseminate certain information regarding the professional competence and conduct of physicians and other healthcare practitioners. Under HCQIA, a health care provider is required to report any professional review action that “adversely affects clinical privileges of a physician for a period of longer than 30 days” to the State Board of Medical Examiners. See 42 U.S.C. § 11133(a)(1)(A).

A recent ruling by the U.S. District Court for the Eastern District of Texas casts doubt on a widely held interpretation of the reporting requirements under HCQIA. In Walker v. Memorial Health System of East Texas, No. 2:17-CV-00066-JRG, 2017 WL 514325, a physician brought an action against a hospital and individual defendants alleging, among other claims, that the hospital’s adverse report to the NPDB violated HCQIA. At issue was whether an imposed proctoring requirement that did not specify a duration of time for completion was reportable to the NPDB under HCQIA. Upon conclusion of a peer review of a physician’s treatment of two patients, the Hospital’s medical executive committee required that the physician have five surgeries proctored without specifying a duration of time. When the proctoring requirement was not completed within 30 days, the Hospital reported the proctoring requirement to the NPDB.

Conflict with the Guidelines and Policy Statement of the NPDB

The district court’s ruling conflicts with how the industry has commonly interpreted the reporting requirements. Generally, it is has been understood that a restriction on privileges, such as a proctoring requirement, becomes reportable once it has been in effect for thirty days. Specifically, the Guidebook published by the NPDB, which informs the health care community regarding the reporting requirements under HCQIA, addresses proctoring requirements resulting from professional review actions. The Guidebook states in relevant part that “if, for a period lasting more than 30 days, the physician or dentist cannot perform certain procedures without proctor approval or without the proctor being present and watching the physician or dentist, the action constitutes a restriction of clinical privileges and must be reported to the NPDB.” See NPDB Guidebook at E-37.

Although its interpretation is not binding, the NPDB Guidebook typically receives deference by courts because it is an agency manual. The district court, however, rejected the argument that its holding would cause hospitals to violate NPDB rules requiring reporting after thirty days, noting that “it is the province of the federal courts – not the Hospital – to determine the requirements of HCQIA.”

After the district court’s ruling, the NPDB released a policy statement entitled “Length of Action for Reporting Clinical Privilege Actions.” The statement purports to clarify its position that the actual length of a restriction, as opposed to its intended duration, triggers the requirement to report. In part, the statement provides:

A restriction begins at the time a physician cannot practice the full scope of his or her privileges and is reportable to the NPDB once that restriction has been in place for 31 days. . . . If a physician or dentist cannot perform certain procedures without proctor approval or presence, this is considered a restriction on privileges. The inability to practice the full scope of privileges without a proctor’s presence or approval is a restriction. . . . The number of cases required to be proctored at the time of imposition, or the expectation that a restriction be concluded in fewer than 31 days, is irrelevant for reporting purposes. The reportability of the action hinges on whether the restriction is in fact in effect for a period longer than 30 days.

Notably, the district court’s ruling has been appealed to the United States Court of Appeals for the Fifth Circuit. The U.S. Attorney General filed an Amicus Curiae brief on behalf of the government, pointing out that the relevant case law, guidance from the U.S. Department of Health and Human Services (“HHS”), and a plain reading of the statute all contradict the district court’s interpretation.

The Attorney General further argues that the district court’s interpretation of the reporting statute is contrary to Congress’s purpose of enacting HQCIA, which, as mentioned above, seeks to improve the quality of medical care by restricting the ability of physicians to move between states without discovery of prior performance issues.

The brief also notes that the district court’s interpretation calls into question the validity of nearly half of the reports on file with the NPDB which report clinical restrictions that are indefinite in length. The government also argued that the district court’s interpretation would require a hospital to attach an arbitrary minimum period of proctoring to make it reportable. The ruling also puts healthcare providers at risk of penalties for failing to report information in accordance with the NPDB. If the HHS determines that a healthcare entity failed to comply with the NPDB reporting requirements, the entity can lose peer review immunity for a period of three years. See NPDB Guidebook at E-38 (April 2015).

At this stage, it remains unclear whether an adverse action imposed without a specified duration and lasting for more than thirty days is reportable to the NPDB. Healthcare providers and their attorneys should continue to monitor the outcome of the appeal and how the Fifth Circuit will interpret the NPDB reporting statute. In the meantime, healthcare providers should consult with their legal counsel regarding their reporting decisions. Hospitals outside of the Eastern District of Texas should likely continue to report professional review actions that adversely affect the clinical privileges of physicians in accordance with the NPDB policy statement. Going forward, in drafting peer review documents, the intentions of the hospital should be explicit when imposing proctoring requirements to reduce uncertainty.

​DISCLAIMER: Any views or opinions presented in this newsletter are solely those of the author and do not necessarily represent those of the Louisiana Hospital Association. The Louisiana Hospital Association accepts no liability for the content of this newsletter or for the consequences of any actions taken based on the information. Hospitals and physicians seeking specific legal advice should consult a qualified attorney.

Share this Post:
FBI v. Apple - Will the FBI’s Hackers Crack the iPhone X?
Before GOP Tax Bill Takes Effect, Here are Some “To Do Items” for Corporations and Individuals
Recent Posts