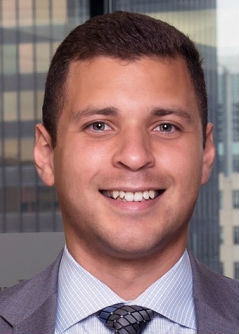 On December 21, 2016, the Environmental Protection Agency Administrator, Gina McCarthy, signed the final Risk Management Program (RMP) rule under the Clean Air Act and has submitted the final Rule for publication in the Federal Registrar. The significant changes to RMP are intended to reduce risks associated with hazardous chemicals to owners and operators, workers, and communities by enhancing the safety and security of facilities. As part of the new Rule, information regarding environmental releases and prevention would become publically available.

According to the EPA, the most recent amendments are intended to:

Significant rule changes such as those to RMP must be published at least 60 days prior to their effective date. In addition, under the Congressional Review Act, the EPA must submit the final rule, along with supporting information, to both houses of congress and the General Accounting Office before the rule can take effect. Action by Congress and the President could have an impact on the rule.

It is anticipated that the incoming Trump administration will attempt to prevent the rule from becoming effective. In a letter to the EPA, Scott Pruitt, who is slated to be the next EPA Administrator, previously voiced his objections regarding mandatory public disclosures under the new Rule, stating that:

EPA has taken steps  in an attempt to minimize  security concerns arising from the public disclosure requirements of the new Rule. For example, under the prior version of paragraph § 68.205(b), EPA would have required the owner or operator submit to local emergency response officials a variety of information that must be updated annually. Per the final amendments, “EPA has decided not to finalize § 68.205 of the proposed rulemaking, and is instead adding language to the emergency response coordination provision § 68.93, which requires the owner or operator to provide ‘any information that local emergency planning and response organizations identify as relevant to local emergency planning.’”

Commentators, however, are skeptical that the changes will satisfy critics of the new Rule. Sam Pearson of Bloomberg BNA recently wrote that, "It's not clear if Pruitt's EPA would attempt to rescind the regulations through rulemaking, ask Congress to block them under the Congressional Review Act, or simply not enforce the regulation."

In light of the incoming Administrator’s documented objections to the new Rule, there seems to be little doubt that the new RMP rule will be challenged by the new Administration.

Click here for more information regarding the substance of the new RMP rule.