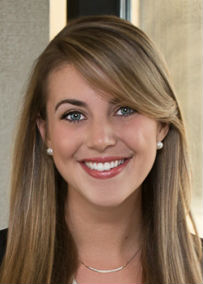 As it stands, when a provider receives a demand letter from its MAC for repayment of Medicare reimbursements, its only option for challenging the MAC’s demand letter is entering into what the Azar court aptly refers to as the “harrowing labyrinth” of Medicare administrative appeals. This appeals process has four levels of review. First, the provider may submit a claim to the MAC for redetermination of the overpayment. Thereafter, the provider may ask for reconsideration by a Qualified Independent Contractor (“QIC”) hired by CMS.  However, if the QIC affirms the MAC’s determination, the MAC may begin the recoupment process by garnishing future reimbursements otherwise due to the provider.

At the third level of administrative appeals, the provider may request hearing before an administrative law judge (ALJ) within the Office of Medicare Hearings and Appeals (OMHA). The regulations provide that the hearing, if timely requested, shall be held and concluded no later than 90 days after the provider’s request. After review by the ALJ, the provider may appeal once more, this time to the Medicare Appeals Council, an organization independent of both CMS and OMHA. The Council reviews the ALJ decision de novo and is likewise required to issue a ruling within 90 days of a timely appeal. Moreover, if the ALJ fails to issue a decision within 90 days, the provider may “escalate” the appeal to the Council, which will review the QIC’s reconsideration.

While efficient in theory, healthcare providers caught in the mire of Medicare administrative appeals often find that the process is quite the opposite. Due to a massive backlog in Medicare appeals, providers that timely request review by an ALJ have to wait much more than 90 days —sometimes several years — before receiving a hearing date.  For providers whose future Medicare reimbursements are in garnishment, the wait for a hearing can have dire effect on their ability to stay afloat and continue providing services. And, to top it all off, federal law provides that a provider cannot seek relief in federal court until it has exhausted its administrative remedies (i.e., completed the four-level appeals process that is causing it to go bankrupt in the first place). See 42 U.S.C. 405(g)-(h) and 42 U.S.C. 1395ff(b)(1)(A). This is where the Fifth Circuit’s decision in Family Rehabilitation, Incorporated v. Azar comes in.

The Fifth Circuit Court of Appeals Opinion in Azar

Family Rehabilitation, Incorporated (“Family Rehab”) is a home healthcare provider that provides Medicare-reimbursable services in Texas. In 2016, an audit by Family Rehab’s ZPIC revealed that Family Rehab had likely overbilled Medicare on 93 percent of its claims and received $7,855,803.23 in excess reimbursement. Accordingly, Family Rehab’s MAC sent a demand for that amount, and Family Rehab began the Medicare appeals process.

Family Rehab challenged the ZPIC’s findings on several grounds, and after exhausting the first two stages of the appeals process, Family Rehab timely requested a hearing with the ALJ. Like many others in this situation, Family Rehab soon learned that it would be unable to receive a determination for at least three to five years. Escalation to the Council would likewise be significantly delayed. Despite the pending appeals, the MAC would soon begin garnishing Family Rehab’s future Medicare reimbursements for recoupment.  Faced with the prospect of going out of business while waiting on a hearing, Family Rehab filed suit in federal court seeking an injunction to prevent recoupment until the conclusion of its administrative appeal. Among other claims, Family Rehab asserted that the recoupment (1) violated procedural due process, and (2) was ultra vires (meaning, outside of the MAC’s legal authority).

The district court dismissed Family Rehab’s suit, finding that the court lacked subject matter jurisdiction over the action since Family Rehab had not exhausted its administrative remedies (i.e., completed the Medicare appeals process). On appeal, however, the Fifth Circuit found that the judicial “collateral-claim exception” provided by the U.S. Supreme Court in Mathews v. Eldridge, 424 U.S. 319 (1976), provides an exception to the exhaustion rule as it relates to Family Rehab’s procedural due process and ultra vires claims. Under the “collateral claims” exception to the exhaustion requirement, jurisdiction may lie over claims (1) that are “entirely collateral” to a substantive agency decision and (2) for which “full relief cannot be obtained at a postdeprivation hearing.” Azar, 886 F.3d at 501 (citing Mathews, 424 U.S. at 330-32). Thus, without ruling on the merits of the injunction claims, the Fifth Circuit held that, because Family Rehab’s procedural due process and ultra vires claims meet the Eldridge requirements, Family Rehab may pursue its injunction against recoupments in federal district court.

What this Means for Medicare Providers

Whereas Medicare providers have previously been unable to get into federal court to enjoin or suspend Medicare recoupment while waiting for a hearing with an ALJ, under Azar, Medicare providers potentially have a new way to combat the heavy financial burden placed upon providers when faced with the backlog of Medicare claims appeals. Though a limited win for Family Rehab, the Azar opinion gives other providers a roadmap for how to prevent CMS from recouping funds while they await an administrative hearing on amounts in dispute.