Appeals Court Rules GC Has “Reasonable Cause” to Withhold Payment 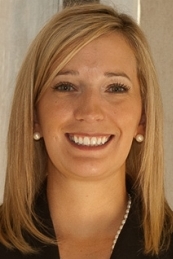 After the Eastern District of Louisiana ruled that General Contractor Woodrow Wilson Construction Co. Inc., hired to build a New Orleans elementary school, owed penalties and attorney’s fees to its subcontractor, Fisk Electric Co., over withholding payments to it, the United States Court of Appeals for the Fifth Circuit reversed the ruling on March 8, finding that Woodrow did have “reasonable cause” under La. R.S. 9:2784 (Louisiana’s prompt pay statute) to withhold payment to Fisk.

The Eastern District’s ruling granted almost $56,000 in attorney’s fees to Fisk under this statute via a summary judgment. The Fifth Circuit reversed and held that there was “reasonable cause” under the statute for the GC to withhold payment because (1) the exact amount owed to Fisk was unclear and (2) under the terms of the subcontract, the GC could withhold the value of a lien filed by one of Fisk’s subcontractors. The Fifth Circuit distinguished this case from Unis v. JTS Constructors/Managers, Inc., 541 So.2d 278 (La.App. 3 Cir. 1989) that granted penalties under the prompt pay statute because unlike Unis, there was no dispute about the amount owed under the contract. This is one of the very few construction law statutes that allows for the recovery of attorney’s fees, on top of a penalty payment, if a contractor or subcontractor fails to promptly pay his subcontractors/suppliers.

While the Louisiana Supreme Court has not yet opined on the meaning of “reasonable cause” under this statute, the Fifth Circuit’s interpretation is rooted in sound legal reasoning. The Fifth Circuit noted that when considering penalties for untimely payment of claims by insurance companies, the Louisiana Supreme Court has held that “especially when there is a reasonable and legitimate question as to the extent and causation of a claim, bath faith should not be inferred from an insurer’s failure to pay within the statutory time limits when such reasonable doubt exists. . . .”  Guillory v. Lee, 16 So.3d 1104, 1127 (La. 2009) (emphasis added). The Fifth Circuit concluded that the same principle should apply to interpreting “reasonable cause” under the prompt pay statute.

One query that remains, however, which was not discussed by the Fifth Circuit, is whether the GC in this case should have recovered its own costs and attorney’s fees. The statute states, in part, that “any claim which the court finds to be without merit shall subject the claimant to all reasonable costs and attorney fees for the defense against such claim.” It is not clear if the GC requested such relief, but it would be prudent to request this relief in response to any prompt pay claim.