LASC: Plaintiffs Can Only Recover Paid Medical Expenses By A Workers Comp Insurer, Not Total Charges 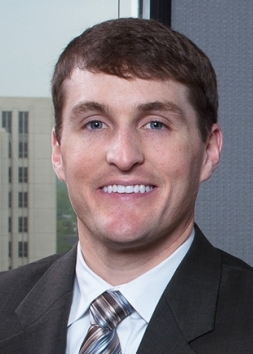 On May 8, 2019, the Louisiana Supreme Court issued its most recent decision on the collateral source rule, and it is welcomed news for defendants in personal injury suits. In Simmons v. Cornerstone Investments, LLC, et al. 2018-CC-0735 (La. 5/8/19), the Court found that the collateral source rule did not apply to any medical charges that were not actually paid on behalf of an injured plaintiff by a workers’ compensation insurer. Practically speaking, this ruling now precludes injured parties from recovering the discounted amount between what was charged by the medical provider and what was ultimately paid by the workers’ compensation insurer, i.e. “write offs.”

The ruling is consistent with how the Supreme Court has recently treated “write offs” in other contexts. For instance, in Bozeman v. State, 03-1016 (La. 7/2/04); 879 So.2d 692, the Court held that an injured party could not recover “write offs” when their medical bills were paid by Medicaid because the injured party paid no consideration for this free medical insurance. Similarly, in Hoffman v. 21st Century North American Ins. Co., 14-2279 (La. 10/12/15); 209 So.3d 702, the Court found the collateral source did not apply attorney-negotiated medical discounts of medical bills funded by his lawyer because the discount was obtained solely through the litigation process and plaintiff did not pay any consideration to the attorney or the provider for the discount. In precluding recovery of “write offs” in Boseman, Hoffman, and Simmons, the Supreme Court focused primarily on the fact that the injured party in each situation did not pay any consideration or suffer any diminution in their patrimony for the written off amount of medical expenses.

In Simmons, the Court steers clear of addressing whether “write offs” are recoverable under the collateral source rule when the injured party’s medical expenses are paid by a private insurer or Medicare. However, Louisiana lower courts have long allowed injured parties to recover the entire amount of their medical bills, including “write offs,” under those circumstances because premiums or other forms of consideration are paid by the injured party for that insurance, thus resulting in a diminution of their patrimony. While the Supreme Court has gotten increasingly conservative in the application of the collateral rule, it seems unlikely that the justices would go so far as to preclude an injured party from recovering “write offs” in the context of private insurance or Medicare.

Plaintiff, Kerry Simmons was employed by Cintas and injured at work while attempting to close a roll-up rear bay door in the warehouse. He received workers’ compensation benefits from Cintas, including disability and medical expenses, as a result of being injured on the job. The medical bills charged by Plaintiff’s healthcare providers totaled $24,435, but were later reduced to $18,435 in accordance with the Louisiana Workers’ Compensation Act Medical Reimbursement Schedule. In other words, $6,000 of his medical expenses were “written off” by his medical providers.

Simmons subsequently filed a personal injury suit against Cornerstone, the owner of the building, alleging the warehouse’s rear bay door was defective. Prior to trial, Cornerstone filed a motion to exclude evidence of the amount of Plaintiff’s medical expenses that were “written off” by his medical providers. The trial court granted Cornerstone’s motion and ruled that only the amount of medical expenses actually paid by the workers compensation insurer were recoverable by Plaintiff. The Third Circuit denied Plaintiff’s supervisory writ in a 2-1 decision. The Louisiana Supreme Court then granted Plaintiff’s writ to address the collateral source rule with respect to the contested write off amounts.

In determining whether to apply the collateral source rule, the Court noted that whether a plaintiff in a personal injury suit may recover the “written off” amount of his medical expenses centers on two main inquiries:

The Court found that neither of these two considerations were met and thus held the collateral source rule to be inapplicable. In coming to this decision, the Court relied heavily on two of its most recent rulings concerning the collateral source rule: Bozeman and Hoffman. In both instances, the Court held that a plaintiff could not recover write offs, and thus the collateral source rule did not apply, because there was no consideration paid for the benefits by the injured party. The Court also found persuasive a federal case, Deperrodil v. Bozovic Marine, Inc. (5th Cir. 2016), where the Fifth Circuit concluded that a plaintiff could not recover the amount of medical expenses “written off” by his employer/workers compensation carrier under the Longshore and Harbor Workers’ Compensation Act.

Based on this precedent, the Court concluded that the “write offs” in favor of the workers compensation insurer was a “…phantom charge that Plaintiff has not paid nor one he will ever be obligated to pay” and that “…there is no true deterrent effect to allowing Plaintiff to recover expenses over and above what was actually paid.” Thus, the Court affirmed the trial court’s ruling and held that the Plaintiff was not entitled to recover “write offs” as damages in his lawsuit.