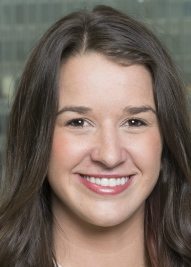 ​The Court’s Scheduling Order is lodged, its deadlines are color-coordinated on your Outlook calendar and your motion for summary judgment is filed. You give yourself an imaginary pat on the back today because your motion is strong, your client is pleased and there are still eight months left before the trial date – plenty of time for additional discovery and a motion in limine if your client is not dismissed, right? Fast-forward three months and there is still no ruling on your motion. Your client wants more information, you need approximate timelines and the Court needs more assistance.

In some form or fashion, we are all familiar with the scenario described above. Case backlog and the consequent delay in the disposition of disputes is a problem familiar to legal professionals across the country. While it is true that the number of civil and criminal filings in federal district courts across the nation have experienced a fairly steady increase over the last 20 years, the Middle District of Louisiana consistently finds itself ranking among the highest in the nation with respect to the workload distribution per judge.

According to the most recent data from the Federal Judiciary, the Middle District of Louisiana ranks twelfth in the nation in annual filings per judge with an average of 787 incoming civil and criminal matters assigned per judge for the 12-month period preceding June 30, 2018.(1) In contrast, the average full-time equivalent district court judge had 572 new case filings during the same time period.(2) In addition to the new filings, each Middle District judge was responsible for managing a staggering docket of approximately 826 pending cases during the same 12-month period.(3)

While the raw statistics outlined above are enough to make any jaw drop, the more accurate measurement for assessing the actual workload handled by the Middle District is through the quantitative formula developed and utilized by the Judicial Conference known as the “weighted case filings” measurement. Indeed, it is through this assessment that the mighty caseload handled by our three authorized federal judges – Judge Brian Jackson, Judge Shelly Dick and Judge John deGravelles – becomes even more astonishing, as it is here that the Middle District of Louisiana ranks fourth in the entire nation.(4)

By way of background, 15 years ago, the Federal Judiciary recognized the need to quantify and fairly compare the workload and actual time demands on judges serving in different districts where the caseload inevitably differs. To do so, court managers – assisted by the Federal Judicial Center – devised a complex “weighing system” to measure the difficulty and time required for all incoming civil and criminal cases. This formula ultimately led to the “weighted filings per judgeship” standard used today.(5) Rather than counting each as a single case, “weights” are applied based on the nature of cases. Case types that on average are more time consuming for district judges to resolve receive “weight values” greater than 1.00, whereas case types that are less time consuming receive lower weight values. For example, each antitrust case is counted as 3.72 weighted cases, but a defaulted student loan case receives a weight of 0.16.(6) The total “weighted filings per judgeship” is the sum of all weights assigned to civil cases and criminal defendants, divided by the number of authorized judgeships.(7) While not perfect, the formula does provide an objective method to measure docket congestion throughout the respective districts.

According to the most recent data available, out of all 94 judicial districts across the country, the Middle District of Louisiana ranks fourth in the nation with respect to the weighted caseload assigned per judgeship, with an average of 914 weighted civil and criminal matters assigned to each of the three judges.(8)

While the statistical data of the Eastern District would suggest our sister district shares a similar fate, and it, without question, carries its own heavy docket, the Middle District’s current makeup creates a unique set of circumstances that is unaccounted for in the sophisticated case-weighting system used by the Judicial Conference. The presence of senior judges is the most critical factor at issue.

Senior judges make valuable contributions to the work of the courts and act as an important and respected resource for a district court. According to the Administrative Office of U.S. Courts, senior judges “[t]ypically handle about 15 percent of the federal courts’ workload annually.”(9) In his 2016 annual report on the federal judiciary, Chief Justice John G. Roberts noted that senior judges “[a]re eligible for retirement with full pay but still continue to work – most in a part-time capacity, but many full-time – without additional compensation.”(10)

Unfortunately, however, because the level and type of assistance provided by senior judges can vary from court to court in ways that are beyond objective measure, the Judicial Conference does not incorporate their contributions when weighing and quantifying the per-judge workloads under the case-weighting system described above. As a result, these numbers may unintentionally inflate the actual caseload per judgeship in any given judicial district.

For example, in addition to the ten authorized district judges (with two vacancies), the Eastern District of Louisiana currently has four senior district judges, each of whom carries his or her own caseload. Thus, while its numbers remain high no matter the standard, the weighted case filings per judgeship, as reflected in the most recent Judicial Conference data, are in fact much lower than the 1,258 per-judge designation suggested. These numbers do not account for the contributions of the Eastern District’s four senior judges.(11)

While the Eastern District no doubt faces its own challenges, the recent passing of the Middle District’s only senior judge, Judge James J. Brady, has only compounded what was already a challenging docket. After assuming senior status in 2013, Judge Brady continued to maintain a full docket until his sudden passing. His active role on the Court helped control the docket for a number of years and greatly reduced the caseload distribution. In the months that followed Judge Brady’s sudden passing, we watched as one by one, 25% of the Court’s entire docket was re-assigned and divided among Judge Jackson, Judge Dick and Judge deGravelles. The logical conclusion is, according to its own caseload management solutions, help is badly needed.

While the adoption of certain courtroom measures and administrative changes may arguably expedite trial in some cases and, in turn, permit each judge to hear more cases, the real problem is that while the average judicial workload in this district has persistently increased, the number of federal judgeships authorized by Congress to handle the flow of incoming civil and criminal matters has not changed in over 21 years. Consequently, the Court has been left with only the temporary relief provided from visiting federal district court judges. This is a beneficial service, but not a long-term solution. The Court needs an additional authorized judgeship.

Every two years, the Judicial Conference (through its Judicial Resources Committee) conducts a survey of the judgeship needs of its appellate and district courts. A threshold number of weighted cases per judgeship is established and acts as the benchmark and key determinant used by the Judicial Conference to determine when an additional judgeship will be requested.(12) Other factors include geography, number of senior judges, the availability of magistrate judges and any unusual caseload complexities.(13) The Judicial Conference then presents its judgeship recommendations to Congress, which ultimately decides whether to enact the legislation creating additional judgeships in the requested judicial districts.(14)

Most recently, in March 2017, the Judicial Conference recommended that Congress create 52 new judgeships in 23 district courts.(15) If enacted by Congress, it would be the first new comprehensive judgeship legislation to take effect in more than 26 years. Unfortunately, however, the Middle District of Louisiana is not one of the 23 judicial districts to have received a recommendation by the Judicial Conference. The need for an additional judgeship at the Middle District continues to be a topic of discussion among those most familiar with these statistics. United States Senator Bill Cassidy has visited the Middle District, and a visit by Senator John Kennedy is in the works. Both members of Congress are aware of the Middle District’s docket congestion and, in addition to our own advocacy, are our best starting point to alleviating these problems.

Despite its overwhelming challenges, the efficiency with which the Middle District of Louisiana is able to conduct itself is something we should all take a moment to appreciate. Among its peers, the Middle District of Louisiana ranked sixth in the nation and first in the Fifth Circuit with respect to the number of trials completed during the 12-month period ending June 30, 2018, completing 33 trials in all.(16) This further signifies that while its docket may be tough, our panel of three has risen to the challenge.

Share this Post:
Form I-9 Compliance: An Overview of the Process and Its Heightened Significance for U.S. Employers
Supreme Court Ruling Abrogates Precedent Regarding Standing To Sue For Copyright Infringement
Recent Posts