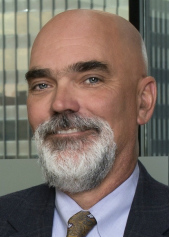 The Louisiana Society for the Prevention of Cruelty to Animals, a private not-for-profit organization, has a Cooperative Endeavor Agreement with the City of New Orleans pursuant to which the LSPCA provides animal control services to New Orleans, including routine patrolling, responding to emergencies involving animals, spaying and neutering pets, etc. The New Orleans Bulldog Society is also a private not-for-profit and advocates for the welfare of dogs in the City of New Orleans. Fearing the LSPCA was euthanizing too many animals, the Bulldog Society filed a public records request in July 2015 with the City of New Orleans for certain documents and guidelines related to the services provided by the LSPCA. The City rejected the request because the LSPCA was the custodian of the requested records, so Bulldog then made a public records request directly to the LSPCA. The LSPCA refused to hand over the records, claiming it did not have to comply with the Public Records Law because it was not a public agency. The Bulldog Society then sued the LSPCA to obtain the documents.

On May 3, 2017, in New Orleans Bulldog Society v. Louisiana Society for the Prevention of Cruelty to Animals, et. al. (Parish of Orleans), the Supreme Court, in a 16-page opinion, held that through the LSPCA’s discharge of its duties and responsibilities to the City of New Orleans as set forth in the CEA, as well as through its receipt of public funds for such services, the LSPCA is functioning as an instrumentality of the City and is therefore subject to the Public Records Law: “There is no dispute the LSPCA has performed, and continues to perform, these functions (and enjoyed the benefit of City vehicles and fuel) on behalf of the City of New Orleans. For these reasons, the court of appeal correctly found the LSPCA to be an instrumentality of the municipality through its execution of the CEA, and is therefore subject to the Public Records Law as it relates to its specific functions and duties under the CEA.” The Supreme Court expressly limited its holding to “only those documents which pertain to the LSPCA’s functions, duties, and responsibilities to enforce Chapter 18 of the Municipal Code, as outlined in the CEA with the City of New Orleans.” The Supreme Court then remanded the matter to the lower court for a determination of which specific records must be produced.

In conclusion, private entities bidding on contracts with public agencies pursuant to which they will be compensated with public funds must understand that if they are awarded the contract, they will almost certainly be subject to the Louisiana Public Records Law. This does not mean the entirety of their business records are subject to inspection; instead, the scope of records subject to disclosure will likely be limited to those directly related to the public contract. But it is clear that private entities cannot simply take the position that as private entities they are not subject to the Public Records Law. As noted by the Supreme Court: “we must also be ever cognizant of the public’s well-established constitutional right to access information associated with public money.”