W. Shelby McKenzie primarily practices in insurance law, university law and litigation. Mr. McKenzie is an Adjunct Professor of Law at the LSU Law Center, having taught the course in Insurance Law since 1971 to over 3000 law students.  He is also co-author of McKenzie and Johnson, Louisiana Insurance Law and Practice, 15 Louisiana Civil Law Treatise: Second Edition (West, 1986); Second Edition, 1996; Third Edition, 2006, with annual supplements and frequently cited in Louisiana decisions. He has served as an attorney, consultant, expert witness, mediator and arbitrator on insurance matters and frequently speaks on insurance topics at seminars.

During his career, Mr. McKenzie has litigated hundreds of suits involving many issues such as insurance coverage, torts, product liability, contracts, mineral rights and discrimination. Presently he is representing a joint defense group of excess insurers sued in a direct action by a class of 16,500 persons seeking damages arising out of a chemical release. Also, he is coverage counsel in another case for an insurer named in a lead paint class action.

Mr. McKenzie is a fellow of the American College of Trial Lawyers and former President of the Louisiana Association of Defense Counsel, Baton Rouge Bar Association, and the LSU Paul M. Hebert Law Center Alumni Board of Trustees.

He has been selected for inclusion in Best Lawyers in America and Louisiana Super Lawyers. Mr. McKenzie has been named the Best Lawyers’ Baton Rouge "Insurance Lawyer of the Year." 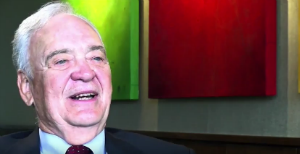 Past President of the LSU Law School Alumni Board of Trustees

Past President of the Louisiana Association of Defense Counsel

Past President of the Baton Rouge Bar Association