The Changing Face of College Athletics: O’Bannon and Cost of Attendance

The Changing Face of College Athletics: O'Bannon and Cost of Attendance 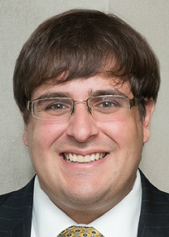 On September 30, 2015, in O’Bannon v. NCAA, 802 F.3d 1049 (9th Cir. 2015), the United States Court of Appeals for the Ninth Circuit partially affirmed the district court’s decision that the NCAA’s amateurism rules, in certain instances, may violate federal antitrust laws. Specifically, the Ninth Circuit made two key rulings: (1) the district court did not err in finding that the NCAA’s amateurism rules were subject to antitrust scrutiny; and (2) the district court did not err in finding that the NCAA’s rule limiting athletic scholarships to traditional grant-in-aid levels, rather than covering the full cost of attendance at a given NCAA-member institution, violated the antitrust statutes.  While previously “cost of attendance” was a calculation which was used almost solely to determine the cap on any student’s financial aid eligibility, the O’Bannon decision put “cost of attendance” front and center for college athletic administrators, coaches and student-athletes, and it has prompted interesting and difficult questions regarding the meaning of cost of attendance and its application to college athletic scholarships under NCAA legislation.

Before allowing for cost of attendance scholarships, the NCAA limited the value of an athletic scholarship to “grant-in-aid” levels. These scholarships included the total cost of tuition and fees, room and board, books and supplies. According to NCAA Bylaws, the cost of attendance is to be “calculated by an institutional financial aid office, using federal regulations” and includes the items covered under “grant-in-aid,” but also includes the costs of “transportation … and other expenses related to attendance at the institution. ”[1] The Bylaws also state that the “cost of attendance” for student athletes must be calculated using the same policies as are used for students in general.[2]

The “federal regulations” referenced in the Bylaw are found at 20 U.S.C. § 1087ll, which defines cost of attendance using the same terms as Bylaw 15.2 (i.e., tuition and fees, books, supplies, transportation). The statute does provide some examples of additional expenses to be included in the full cost of  attendance figure, such as a laptop computer or dependent care.[3] No federal regulations clarify the meaning of this statute. Thus, in the past, institutions have been able to determine and report to the Department of Education cost of attendance figures without much in the way of federal scrutiny or guidance.

Ed O’Bannon was a scholarship student-athlete on the basketball team at UCLA. In 1995, O’Bannon’s UCLA team won the national championship. Years later O’Bannon noticed that his likeness was being used in an NCAA basketball video game produced by EA Sports well after his college eligibility concluded. O’Bannon filed a class action antitrust suit regarding the use of NCAA athletes’ images and likenesses without compensation. Trial was held before Judge Claudia Wilken in the United States District Court for the Northern District of California.

While the case initially focused on the NCAA’s appropriation of a student-athlete’s “name, image and likeness,” by the time of trial, the primary focus was the contention that the NCAA’s amateurism rules violated the Sherman Antitrust Act. Judge Wilken ultimately found that the rules, as written at that time, did violate the Sherman Act. In particular, Judge Wilken held that, by restricting scholarship amounts to “grant-in-aid” rather than “cost of attendance” the NCAA’s rules restricted trade more than was necessary to protect its interest in amateurism. Further, based upon testimony at trial, the court ordered the NCAA to permit schools to place in trust a total of up to $5,000 per year for the post-eligibility benefit of each student-athlete.

On appeal, the Ninth Circuit agreed with the Judge Wilken that the NCAA’s amateurism rules capping student-athlete compensation at “grant-in-aid” violated the Sherman Act. The Ninth Circuit further agreed that a less restrictive alternative would be for the NCAA to permit member institutions to offer scholarships fully covering the full cost of attendance. The Ninth Circuit disagreed, however, with the District Court’s proposal to force the NCAA to allow member institutions to engage in a deferred payment program for an amount up to $5,000 per year. Specifically, the Ninth Circuit noted that, unlike the cost of attendance scholarships, this proposed compensation was “untethered to [the student-athletes’] education expenses.”[4] Further, the Ninth Circuit noted that this $5,000 figure was based upon a single line of testimony from the NCAA’s expert on the value of amateurism. Specifically, the expert was pressed on the amount of compensation that would make an athlete no longer an amateur. The expert testified that a payment of $5,000 would not trouble him.[5] The Ninth Circuit held that this “testimony cannot support the finding that paying student-athletes small sums will be virtually as effective in preserving amateurism as not paying them.”[6] Thus, the Ninth Circuit’s ruling was mixed, recognizing in its antitrust analysis the benefits of the NCAA’s attempts to preserve amateurism, but finding that full cost of attendance scholarships do not significantly impair the amateurism model.

On August 7, 2014, the day before Judge Wilken’s ruling in O’Bannon, the NCAA Division I board of directors voted to allow certain conferences (the Southeastern Conference (the “SEC”), the Big Ten Conference, the Big Twelve Conference, the Pacific Twelve Conference, and the Atlantic Coast Conference, commonly referred to collectively as the “Power Five Conferences”) to have “autonomy” on certain rulemaking. In January 2015, the Power Five schools exercised their new autonomy by overwhelmingly voting in favor of a proposal to allow the member institutions of those conferences to offer full cost of attendance scholarships. Immediately, every Power Five school elected to offer these cost of attendance scholarships to student-athletes, and began touting the additional stipend to prospective student-athletes. Predictably, the antitrust plaintiffs’ bar took note, arguing in ongoing lawsuits against the NCAA that the quick movement by those conferences and schools confirmed that the prior NCAA limit on grant-in-aid awards had been an artificial suppression of the market for compensating student-athletes.[7]

Have the ancillary costs of attending these schools increased dramatically in the last few years? They likely have not. As discussed previously, the Department of Education provides only limited guidance to universities as to how they are to calculate cost of attendance, and allows financial aid officers great leeway in determining the proper estimate for their school. Historically, the calculation was relevant only as a cap on a student’s eligibility for federal loans.  During that pre-O’Bannon era, observers long speculated that financial aid offices felt pressure to keep the estimates low to limit borrowing and to make certain that students were not scared away by projected costs. In fact, schools often touted to applicants a lower cost of attendance than competing colleges.[12]

Now, however, that tide has completely shifted and there is concern that schools are manipulating their cost of attendance estimates in an effort to create athletic recruiting advantages over other schools with lower figures. With the increased calculations comes the attendant worry that the general student population may be harmed, as they now may be able to take on more debt than is truly necessary to pay for the actual cost of attendance, placing those students at risk for  increased and unsupportable student debt burdens upon graduation.

A recent study has shown, that if the goal of increasing cost of attendance is to attract more highly regarded student-athletes to an institution, then it may be succeeding.  he study concludes that providing a higher cost of attendance stipend can increase a school’s chances of signing higher rated student-athletes in recruiting.[13] The study looked at the 2014 and 2015 rankings of NCAA football recruiting classes and found that “each $1,000 in a school’s cost of attendance allowance improves its recruiting ranking between 2.07 to 4.35 spots.”[14] This empirical data is likely to only increase the tug-of-war that many fear is occurring between a financial aid office’s inclination to keep cost estimates low and the clear recruiting payoff in college athletics that will result from an increased cost of attendance estimate.

While the cost of attendance debate will certainly continue in coming years, the O’Bannon decision also resulted in other uncertainty. The Ninth Circuit appears inclined to find that NCAA rules that restrict providing student-athletes with benefits “tethered to education” are more susceptible to antitrust challenge, as the court apparently believes that providing those benefits does not significantly impact the NCAA’s traditional amateurism model. Thus, while the “arms race” over cost of attendance levels plays out among institutions, cases now pending against the NCAA will likely determine whether additional benefits beyond cost of attendance (proffered examples include comprehensive health insurance, graduation bonuses, and scholarships covering graduate school) should be provided to student-athletes. The last few years have seen significant changes in the benefits available to college student-athletes. Given the pending litigation and continued development of the cost of attendance stipends, the next few years promise to be just as interesting.

Share this Post:
Before GOP Tax Bill Takes Effect, Here are Some “To Do Items” for Corporations and Individuals
Common Issues to Address in Healthcare Organizational Documents
Recent Posts